Where gold is currently mined 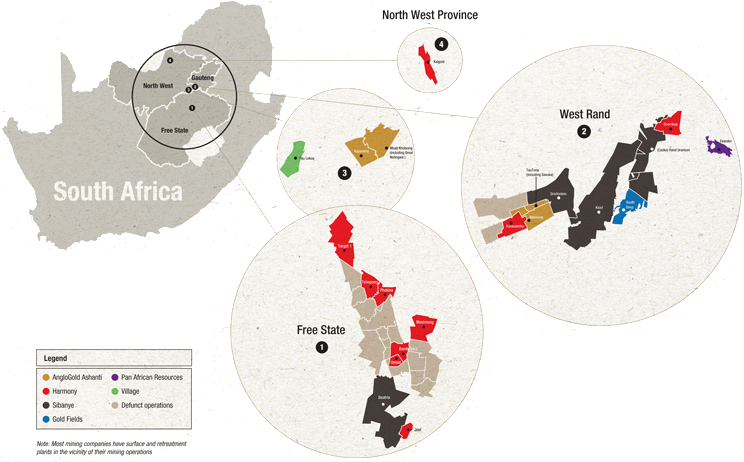 South Africa's gold ore reserves in the Witwatersrand Basin, a gold placer deposit, with gold hosted by conglomerates and grits, has been mined for more than 100 years but remains the greatest unmined source of gold in the world.

The Witwatersrand is underlain by an underground geological formation also known as the Witwatersrand Basin. It lies on the Kaapvaal Craton, and is one of the world's largest gold placer deposits. This elliptical basin stretches over an arc of roughly 400km traversing across the Free State, North West and Gauteng provinces. Gold occurs only along the northern and western margins of this basin, but not in a continuous band.

The gold was embedded in a conglomerate and, at first, it was assumed that this was alluvial gold in an old riverbed. It was then found that the conglomerate, or conglomeratic zone, was part of a sedimentary succession. It was traced east and westward for a continuous distance of 50km and became known as the Central Rand Gold Field. 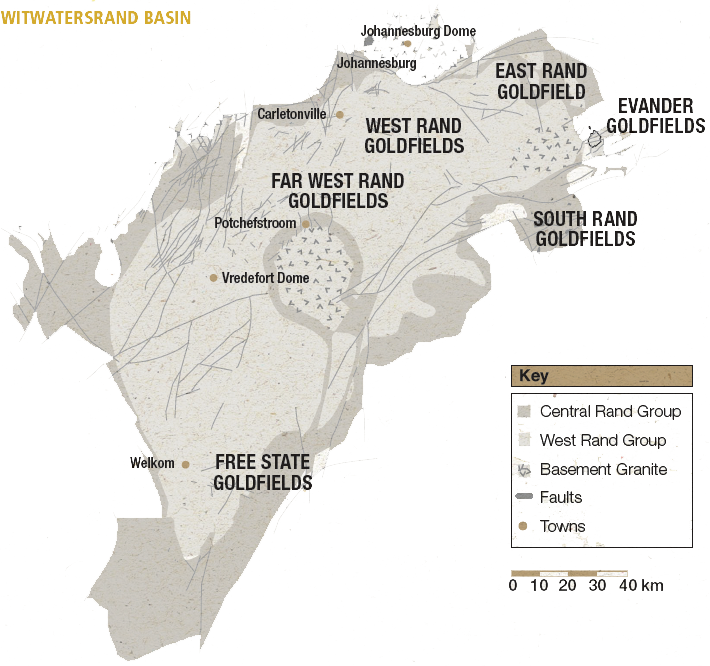 "The underlying sedimentary rock has been laid down over a period which ended about 2,700 million years ago, when widespread faulting resulted in extensive lava flows covering the Witwatersrand Basin."

The gold in this basin occurs in the coarse grained conglomerates forming the upper portions of the 'Witwatersrand Supergroup' that hosts roughly 7,000m of sedimentation. It is found here in association with uranium, quartz, carbon seams, phyllosilicates and pyrite. After over 100 years of mining on the Kaapvaal Craton, operations in this area have reached depths of 4,000m. At this depth, the natural rock temperatures reach about 50°C and the virgin vertical rock pressures of the order of 100 MPa provide an indication of the enormity of the challenges facing mining.

The Wits sedimentary basin is massive and stretches through an arc of approximately 400km across the Free State, North West and Gauteng provinces. The gold-bearing conglomerates or reefs are generally tabular with varying dips. Most of the Wits basin is covered by later stage sediments of the Ventersdorp and Karoo groups, with the Wits outcropping in Johannesburg, which started the Wits gold rush over a 100 years ago and resulted in formation of the city of Johannesburg.