Coal is a hard black or brownish-black rock formed in rock strata called coal seams. It consists mainly of carbon but also contains hydrogen, sulphur, oxygen and nitrogen. Coal is formed when dead plant matter decays into peat and over millions of years the heat and pressure of deep burial converts the peat into coal. The harder forms of coal, such as anthracite, are metamorphic rocks, which means they were changed by very high temperature and pressure.

Coal is a fossil fuel and can be burned for energy or heat.

The earliest recognised use of coal by man is from the Shenyang area of China where by 4000 BC Neolithic inhabitants had begun carving ornaments from black lignite. Coal from the Fushun mine in north-eastern China was used to smelt copper as early as 1000 BC. 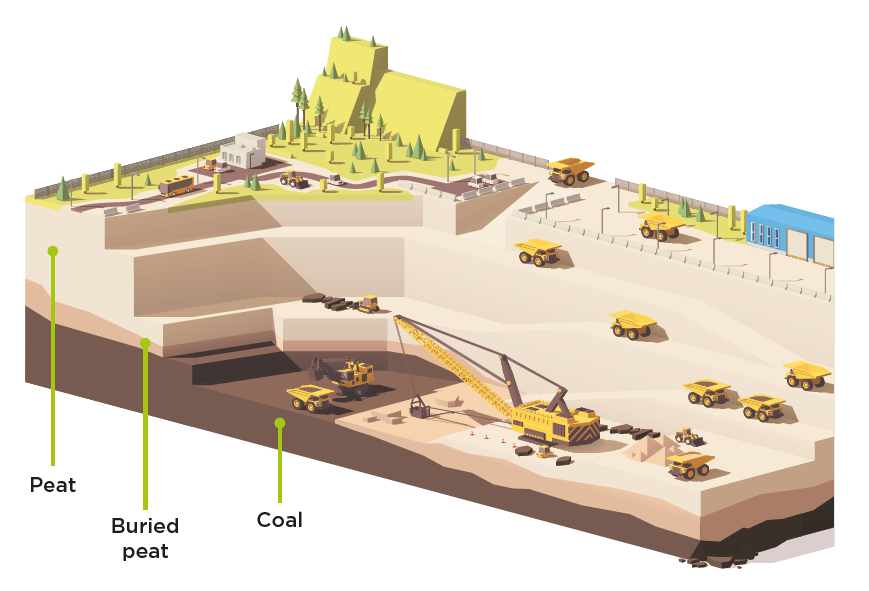