The coal mining industry acknowledges that its operations directly and indirectly impact the environment.

Mine management implements environmental management plans and strategies. These plans generally use legal compliance (such as permits and licences) as the minimum requirement. The industry engages with all stakeholders about environmental matters, including government, environmental protection agencies and NGOs.

Coal mining companies require integrated water use licences (IWUL) which regulate the use of water according to the National Water Act. An IWUL is granted or can be suspended at any time by the regulator. Annual monitoring of water use licence conditions is conducted by independent specialists and submitted to the DWS.

Coal mining can affect groundwater and water table levels and acidity. Spills can contaminate land and waterways. Power stations that burn coal consume large quantities of water, with the potential to affect river flow and impact other land uses.

The coal industry understands that South Africa is a water scarce country and that water is a precious resource. The industry’s most important water management principle is to responsibly source and use water, in a way that has minimum negative impact on stakeholders and allows host communities to meet their socio economic needs.

The coal mining industry has a duty to ensure that water is fairly and appropriately distributed among stakeholders and mining operations. Mining companies tend to use potable water only for non-mining activities, such as staff accommodation and offices. Non-potable water, otherwise known as industrial water, is used in mining and processing operations as far as possible.

It is also crucial that coal mines ensure waste water is not discharged into the natural environment and that, wherever possible, water is recycled. Clean runoff can be discharged into surrounding water courses, while other water is treated and can be reused in processes such as dust suppression, irrigation of rehabilitated areas and in coal preparation plants.

Acid rain is rainfall made acidic by atmospheric pollution to the extent that it causes environmental harm, chiefly to forests and lakes. The main cause is the industrial burning of coal and other fossil fuels, the waste gases from which contain sulphur and nitrogen oxides (SOx and NOx) which combine with atmospheric water to form acids.

The coal-burning power stations and large metal working industries of South Africa are concentrated in Mpumalanga province. This area produces most of the country’s pollution, producing millions of tonnes of sulphuric and nitric acid a year. Acid rain occurs in this region.

Satellite data produced by a European Space Agency satellite and analysed by Greenpeace between 1 June and 31 August 2018 showed Mpumalanga's nitrogen dioxide (NOx) emissions to be the highest in the world. According to the World Health Organisation, the gases aggravate asthma and bronchitis symptoms and are linked to cardiovascular and respiratory disease.

A range of interventions, known as clean coal technologies, are being developed to address atmospheric problems resulting from burning coal. SO₂ can be removed by flue-gas desulfurisation and NOx by selective catalytic reduction.

Coal particulates cause visible air pollution, illness and premature deaths. Particulates can be removed with electrostatic precipitators. Although perhaps less efficient, wet scrubbers can remove both gases and particulates. Mercury emissions can be reduced up to 95%.

The protection and restoration of the land surrounding a mine, including natural habitat, is ongoing throughout the mine’s operation, not just at closure. Mines plan for habitat rehabilitation according to their closure plans and in accordance with their environmental management plans and rehabilitation plans.

Indigenous flora and fauna and cultural heritage sites are preserved by mines. Stakeholders’ ancestral heritage and ongoing traditions are believed to be sacred and are managed accordingly. Independent specialists assess and monitor biodiversity performance continuously. 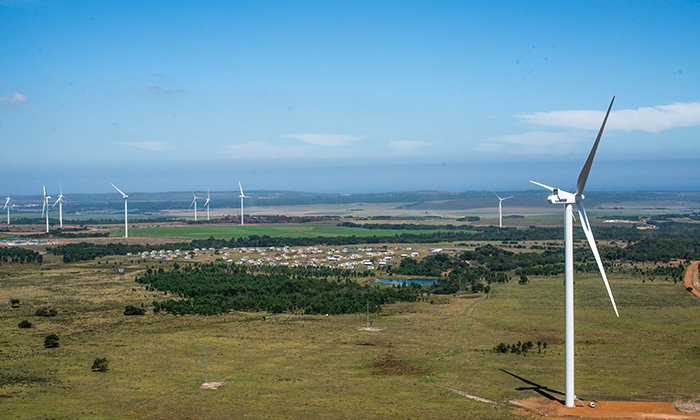 Coal currently forms the backbone of South Africa’s economy as the primary source of energy for electricity generation, and as an essential raw material for steel production. It is also true that the use of coal contributes significantly to carbon emissions which have an impact on climate change.

The most serious and long-term effect of coal use is the release of carbon dioxide, a greenhouse gas that causes climate change and global warming. Coal is the largest contributor to the human-made increase of CO2 in the atmosphere, some 40% of the total.

In 2016, world carbon dioxide emissions from coal usage stood at 14.5 giga tonnes. In 2013, the head of the UN climate agency advised that most of the world's coal reserves should be left in the ground to avoid catastrophic global warming.

The South African coal mining industry recognises and accepts the science of climate change and that human activities have a negative impact on the earth’s climate. The industry also recognises the need to act to ensure that South Africa remains competitive in a carbon-constrained world.

The South African government ratified the Paris Agreement on Climate Change which came into effect on 4 November 2016, demonstrating government's commitment to address the challenges associated with climate change.

We currently derive over 81% of our electricity requirements from coal in this country. Coal remains the cheapest baseload technology. The industry believes that if the South African economy is to remain competitive, and able to meet energy demands, it is critical that the ‘least cost option’ for electricity generation forms part of the energy mix. Since coal will continue to play an important role in the South African economy, the industry is committed to investing in and using clean coal technologies in order to actively participate in the country's transition to a low carbon economy.

The coal mining industry itself adopts a strategy of energy efficiency at its operations in order to reduce electricity consumption, and therefore reduce impact on climate change. 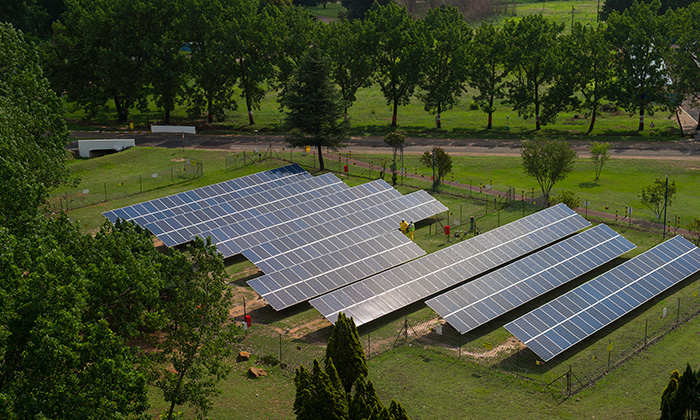