The South African coal mining industry is extensively mechanised. Mine mechanisation helps tackle safety, cost and productivity issues. Machines such as remote-controlled continuous miners are used. A continuous miner is a mining machine that produces a constant flow of ore from the working face of the mine. The machine continuously extracts as it is loading coal with a cutting steel drum and conveyor system. 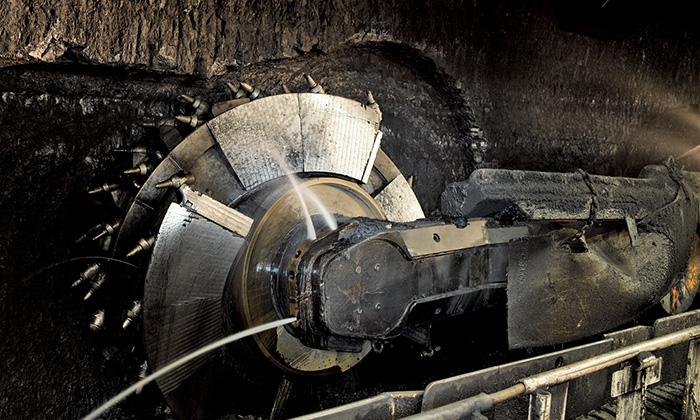 South Africa’s coal deposits are relatively shallow with thick seams. This makes it easier and less expensive to mine. Owing to a decline in high-quality reserves in recent years, there has been an increased push by the industry to upgrade technologies and, ultimately, extend the life of major coal deposits.

Some companies have identified the opportunity to use binderless coal briquetting technology. This technology allows coal mines to upgrade discarded thermal coal fines into compacted, transportable and useable briquettes of higher value.

Coal is currently South Africa's primary energy source and, as a result, the country is one of the world's most emissions intensive economies, emitting about 400 million tonnes of carbon dioxide (CO2) a year. This represents about 1% of global emissions. The country's synthetic fuels and petrochemicals industry, dominated by Sasol, is also a significant CO2 emitter.

According to the World Coal Institute, over 90% of greenhouse gas emissions from coal occur during combustion. A range of interventions, known as clean coal technologies, are being developed. In certain instances, these have already been employed in the effort to mitigate the environmental consequences of coal combustion. South Africa's remaining coal reserves are generally of a lower quality, with higher ash content, than the coal that has been mined over the past three decades. Clean-coal technologies have the potential to optimise this coal and the large quantities of discard coal for economic and energy purposes through beneficiation.

Increasing power station efficiency will also result in reduced greenhouse gas emissions. The efficiency of coal-fired power stations can be increased through a technology known as pulverised coal combustion. This involves the combustion of a cloud of finely-ground coal particles. Greater efficiency and lower emissions have also been achieved through increasing operating temperatures and pressures of existing steam cycles.

Clean-coal technologies, such as post-combustion pollutant capture and carbon capture and storage (CCS), are being developed and employed to mitigate the environmental impact of greenhouse gases and other air pollutants emitted during coal combustion.

These technologies include electrostatic precipitators and low NOx burners for the removal of NOx, and flue gas desulphurisation for the elimination of SOx. Further, CCS involves preventing CO2 produced through combustion from entering the atmosphere and then storing it underground in deep-seated porous rock strata on land or similar strata under the seabed.

The South African National Energy Research Institute has established the Centre for Carbon Capture and Storage, which is working towards having a CCS demonstration plant operational in the country by 2020.